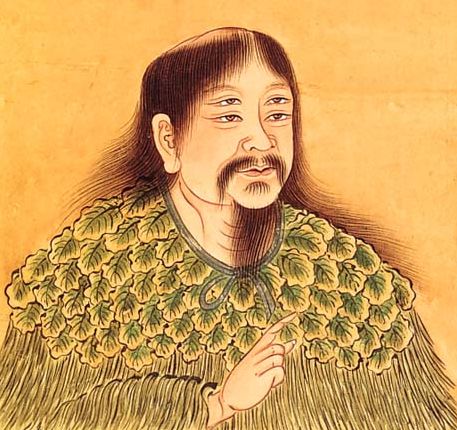 Chinese characters are the result of a thousand-year history of Chinese writing, which, according to historians, arose in the 13-14th centuries BC. This is one of the oldest writing systems. I would like to note that the main message of Chinese characters is not to convey the sound of the word, but to reveal its figurative meaning, the associations in which there is great world wisdom, as well as an amazing knowledge of the laws of the universe.

It is assumed that Tsang Jie, the court historian of the emperor Huang Di, invented the characters. He was the owner of four eyes - which was a symbol of exceptional insight and made it possible to penetrate the depths of the life of the universe: the laws of motion of bodies in space, the laws of life of people and animals on earth, the laws of life of the underwater world. All this led to the fact that Tsang Jie saw the characters.

Over the years, Chinese writing has evolved. In the last century, State Council of the People's Republic of China launched a reform of Chinese characters. The result of this reform was the emergence of simplified hieroglyphs in 1964.

To the question how many Chinese characters exist, no one can give an exact answer. Chinese philologists say that it is about 50 thousand characters. Some experts even claimed that there were much more - 85 thousand, but a very large part of them is simply not used. In ancient times, the poets of the Middle Kingdom invented characters in order to add variety to the language; however, everything that is not controlled can lead to complete chaos. For this reason, the government of the country strictly regulated the introduction of new characters in writing. A Chinese person who understands less than 1000 characters is considered illiterate.

There are also some rules for foreigners learning Chinese. Foreigners who wish to receive a certificate of perfect knowledge of Chinese should know about 3,000 characters. In order to understand 80% of texts when reading, it is enough to know only 500 chinese characters, which are found most often. For the understanding of meaning 99% of the text, it is required to know 2500 characters. Characters like any living language are constantly changing. In ancient times, they were written on the shells of turtles, then they began to appear on bronze casting inscriptions on vessels and on clay products.

In the modern world, those who are just starting to learn Chinese language begin to learn simplified characters, which was the result of the 1964 reform. However, there is also traditional characters widely used at present in some regions. Traditional characters contain the greatest depth of wisdom throughout Chinese civilization, an understanding of the laws of the universe. Opponents of the reform sadly note that simplified characters have lost their deepest meaning. Here are some examples of changes:

There are many of such examples, even there is a saying in China that very clearly reflects the result of the reform - Cut the mortars to fit into shoes.